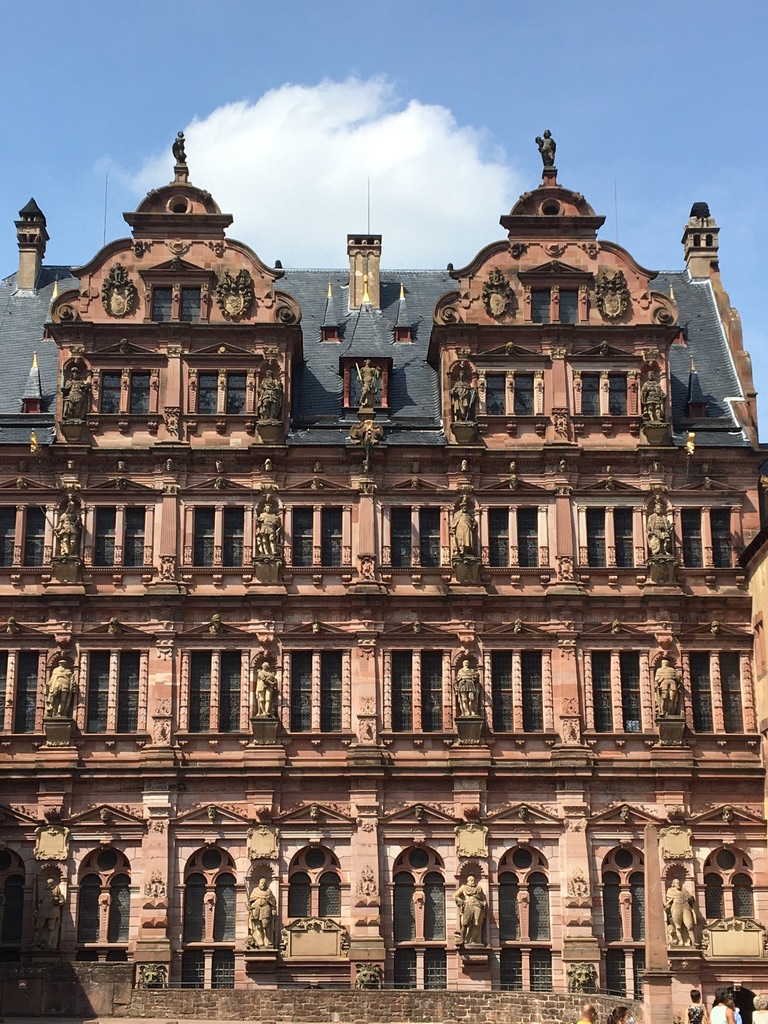 During my short visit to Frankfurt, I have decided to organise a day trip to Heidelberg, considered in many rankings one of the most charming towns in Germany.

Heidelberg is easily reachable by train (it’s situated 80 km from Frankfurt), main attractions of the city are situated within walking distance.

My main goal of the visit was Heidelberg castle, a picturesque fortress which is rated by many as of of the most romantic castles in Europe (but also in the world).

I recommend to see the castle first–in order to make sure you have enough of time for a detailed visit and take part in guided tour for English speakers, and only then proceed to sightsee the old town–which is also found by many as one of the most charming German cities.

Heidelberg castle is one of the most visited places in Germany and you can find it on almost all romantic paths around the country.

The construction of the castle started in Middle Ages, at the beginning the building was a fortress, with time gradually changing to have more representational function which resulted in building renaissance style sculpted decorative façades, the building was extended with part of it transformed into palace. The castle was bustling with social and cultural life, Shakespeare’s plays were performed in the theater situated in one of the towers. The castle was also famous of its magnificent gardens full of sophisticated sculptures, altars and flower arrangements, sadly the gardens no longer exist.

The castle’s history is full of dramatic events, almost completely destroyed by French troops led by king Luis XIV in 17th century, then it was seriously damaged by the lightning in 1764 when majority of the building burned from the fire.

The castle was abandoned, and only at the end of 19th century its restauration began. The tragic history and architectural values made the building one of the symbols of 19th century German romanticism.

Today, the castle is open to visitors, one can look at the impressive gothic renaissance facades of the castle, walk on the terraces overlooking Heidelberg town and hills on the other side of Neckar river.

One can enter also enter few chambers inside of the castle during guided tour. There is only few visits conducted in English during the day, so make sure you arrive early enough (not late afternoon).

Attention catches old solar clock hanging on one of the walls of the castle and the big wine tun in the basements where you have to take stairs to get on top of it–this is one of the world largest barrels so definitely have a look!