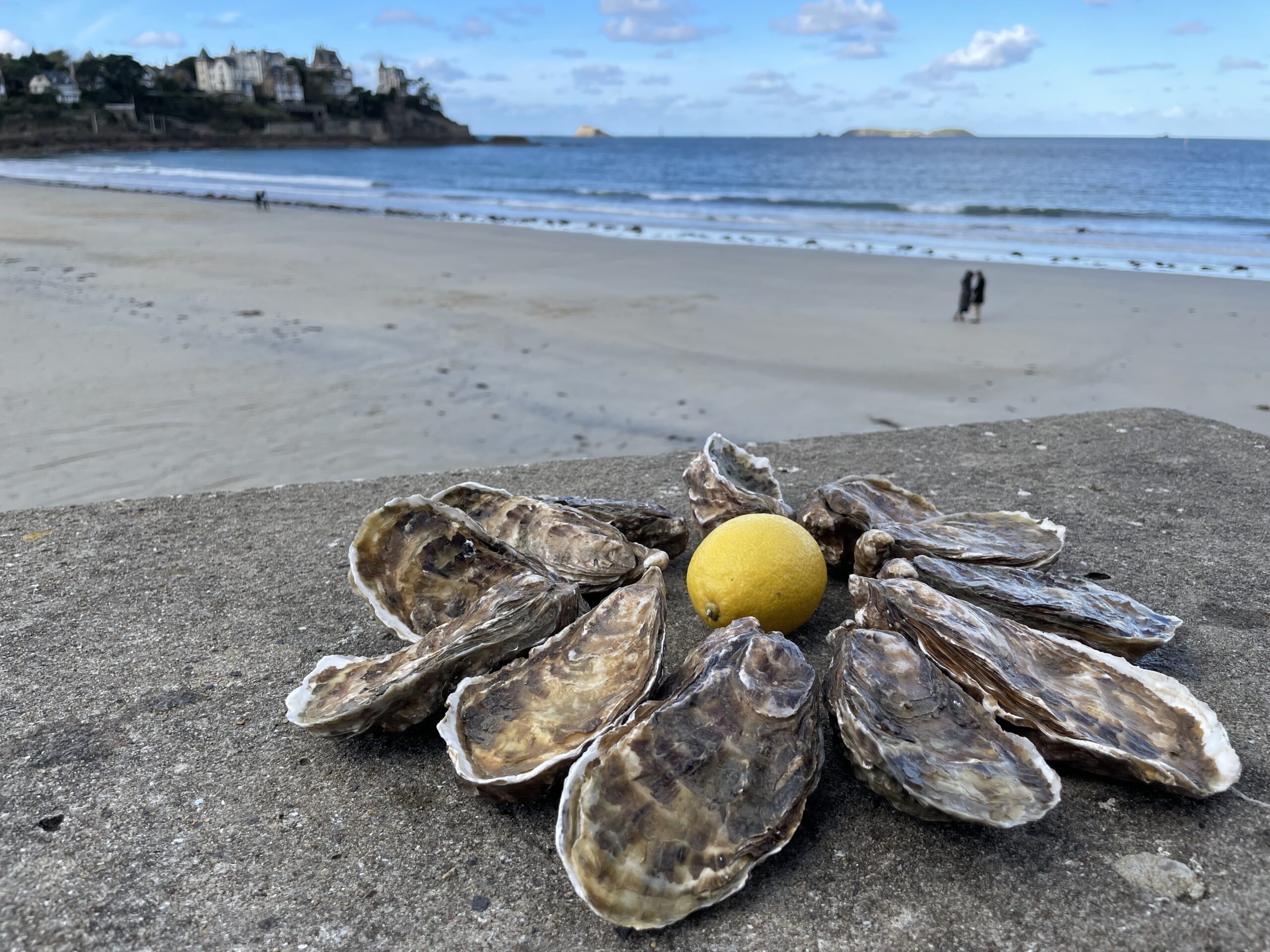 Most of the tourists who arrive to France concentrate on Paris and French Riviera in the South. When you plan a short trip (especially from outside of Europe) it’s difficult to visit all regions of France at once. In fact, the best way to get around France is to discover it slowly, coming few times and exploring different places (one or two regions during a visit). Practically every part of France has its own traditional dishes, charming countryside and cultural cities, practically everywhere you will find unique customs characteristic to the particular regions. France boasts access to the Atlantic Ocean, Mediterranean and the North Sea, offers amazing hikes in the Alps, the Pyrenees or the Massif Central, invites to its vast vineyards in the South West France and enchants with picturesque landscapes in Province region which inspired world famous impressionists among many other beautiful and curious places where you find diverse French heritage.

In this post, I would like to focus on Brittany which is located in the North West France. This region is very popular among French people (Parisians have there their secondary houses) and I think it still waits for the international tourist boost (even if  already welcomes many tourists from abroad). Brittany enchants with its vast landscapes, dramatic cliff coasts, medieval towns and amazing cuisine which is quite different than in the rest of the country. The Bretons (French who live in Brittany) have even their own language! Personally, I really like the people there, they’re very genuine, hard-working, helpful and truly proud of their region. They’re very open, like traveling and are happy to receive visitors themselves. Personally, I find that in a certain way, in Brittany you still have spirit of ‘old France’ where people celebrate the traditional French core values and follow the rules of famous art de vivre which is a true French heritage on its own.

Today, I will write about our weekend in Brittany during which we visited historical towns of Dinan, Dinard, Saint-Malo and Vitré and spent some time on the coast. However, I have been here before on multiple occasions and find Brittany a great a prefect destination for a week, two weeks holiday, but even a short break during a weekend will be a great adventure. It really depends on how much the time you have, you surely won’t be out of activities.

Before I will write more about our visit to Dinan, Dinard, Saint-Malo, Vitré and Mont Sant Michel, I’ll give you few practical information which may be helpful when planning your trip to Brittany.

I’ve done all the trips with a public transport starting from Rennes. Rennes is a capital city of Brittany region and it’s worth a post on its own. Here I will focus on smaller enchanting Brittany towns perfect for a day trip.

I have spent in Brittany 4 days during this autumn. I have started my stay with a visit to Dinard which is located on the Côte d’Émeraude and due to its beautiful beaches and mild climate has become a popular European resort in the middle of the 19th century (during Belle Époque) when the town flourished. Many rich Europeans were choosing the area of Dinard for their holiday destination. A tourist infrastructure including lavish villas, luxury hotels and art galleries has been built to cater to the needs of the affluent guests. Today the city is still popular resort destination and hosts every autumn famous Festival of British Cinema.

I have spent in Dinard full day enjoying its beaches and walking along paths created along the coast. It can get quite windy so make sure you have a windproof jacket with you.

When walking I admired the town’s architecture and beautiful villas that were built during Belle Époque. When walking along the cliffs you have a perfect view at Saint-Malo, you can even take a boat (runs quite frequently) to get to this fortified famous town, it’s just 1 kilometer straight line!

Dinard doesn’t also disappoint on a culinary scene. You can get delicious fresh oysters from Cancale or bay of Saint Michel in the autumn/winter season, we bought ours in a local fish shop and opened them on the beach, enjoying their exquisite taste when overlooking the ocean. In the autumn you can also find in Brittany restaurants the spider crab (araignée de mer) and sea crab (tourteau de mer), we ordered the tourteau and had one hour of fun with all the cracking to get to the delicious crab meat.

If you use a public transport, it’s easiest to get to Dinard by direct bus from Rennes (central bus station). It takes around 2 hours to get there. Check well the schedules since the buses don’t run that often. The last bus from Dinard is also not that late so it’s best to verify the current timeline really well.

Another day I had spent few hours in a charming medieval town of Dinan. I have an impression that it has become very popular among visitors recently with many pictures of the cobbled intimate streets featured on social media platforms.

Dinan is indeed full of charm, the half-timbered houses and houses with pointed gables some of which date from the 13th century. The walk among the historical buildings and along the city walls reminds of the town’s wealthy past. From the 14th to 18th centuries, it was busy with weavers and tanners.

Today, Dinan’s streets are full of small tasteful boutiques which took place of the workshops of glass-blowers or wood gilders. The town is a perfect place for buying authentic Brittany souvenirs, starting from warm wool sweaters and socks, special traditional bowls and pitchers to drink the cider and ending up with really well stocked food specialty stores where you can find many French delicacies (not only Breton).

The main attractions are Dinan Castle, historical Saint-Malo church and Jerzual Gate, for nice views at the area stroll around the English Garden.

The old part of Dinan is quite small but the time passes quickly especially if you stop in one of the charming restaurants for lunch/small snack and enter some of the local boutiques. You can see the major sites in half a day but plan whole day if you want to enjoy the meals and see interior of the castle.

If you use a public transport, it’s convenient to take a direst bus from the main station in Rennes. It takes around 90 minutes to get to the Dinan. The buses are punctual but check the schedules carefully to not to miss your connection back to Rennes (especially if you plan a full day).

Probably one of the most known and touristic places in Brittany. I went to Saint-Malo for one afternoon to enjoy the dramatic views at the ocean from the city’s fortifications. Saint-Malo is French historical town known from a long history of piracy. The wealth of the town originated from overseas expeditions and local extortion. Most of the attractions are concentrated inside of the walled city (La Ville Intra-Muros). Saint-Malo’s historical buildings enchant with their Romanesque and Gothic architecture. They often feature stained-glass windows depicting city history. Today, the town mostly strives from tourism. You will find here stylish hotels, many restaurants and shops selling mostly French products/brands.

When in Saint-Malo I strongly recommend to have a long stroll along the city walls with amazing views both at the historical town and the ocean. You can walk along the coast far beyond the city enjoying the wild, formidable landscapes.

I also suggest to have a walk to Grand Bé which is a rocky island reachable by foot only during low tide! Interestingly, water goes up to 10 meters high during high tide making it the highest tide in the continental Europe! Observing the nearby island during different times of the day allows you to fully study the phenomenon.  On Grand Bé you will find  an old fort and grave of writer Chateaubriand.

Saint-Malo is the easiest town to access using public transport. You can take a local train from Rennes, direct TGV from Rennes or a bus (Keolis company). The trains are very frequent and run until very late evening. You can also take a direct train from Paris, Saint-Malo is a perfect destination for a daily trip (it takes around 2 hours for the TGV ride from French capital).

Another day I have spent in a dreamy medieval town Vitré. The town’s architectire is similar to the one of Dinan with the half-timbered houses and houses with pointed gables. However, Vitré is much less touristy, with more local boutiques than souvenir shops, fewer restaurants frequented by locals and with small businesses on the ground floors of the historical buildings. I visited this place on Monday and was one of the very few visitors there which allowed me to get an impression how the usual life of locals run in a small Brittany town.

When visiting the historical centre, don’t miss the Vitré Castle, historical Notre-Dame church, stroll along the streets of Rue de la Beaudrairie (formerly a street where people worked with leather), the Rue de la Poterie, Rue d’En-Bas and the Rue du Chateau. For nice views at the area take a walk along Promenade du Val.

You can get to Vitré by direct train from Rennes. The connections are very frequent and trains run until late so this is an easy short trip (few hours in the town will be enough).

Last but not least, if you never before visited Mont Saint Michel this an absolute must see. I didn’t go there during this trip but this place is so iconic that I could not skip mentioning it in this post. Mont Saint Michel is easily accessible from Rennes so it would be a pity to miss it when in the area. Mont Saint Michel and its Bay with its stunning natural surroundings and exceptional architectural construction, is the first side in France classified as World Heritage UNESCO in 1979. The monastery and the attached village are on the island which is partially separated from land during high tide. Due to the significant tidal movements in this region (over 10 meters) a large part of the bay is uncovered at low tide. This unusual location of the monastery made it a defensive fortress in the history, the side was also an important centre for spirituality, in 1998 it was announced as a ‘pilgrimage route to Santiago de Compostela in France’.

If you’re curious what can you see and do in Mont Saint Michel check out this post with a lot of detailed information and many practical tips.

Mont Saint Michel is one of the most visited destinations in France,  there is plenty of organised one day trips from Paris (you can also rent a car, it’s approximately 4-5 hours drive) or more conveniently, come for 2 days to Bretagne and visit Rennes or Saint Malo. From each of the cities you can reach the monastery by bus or by car (only one hour drive).