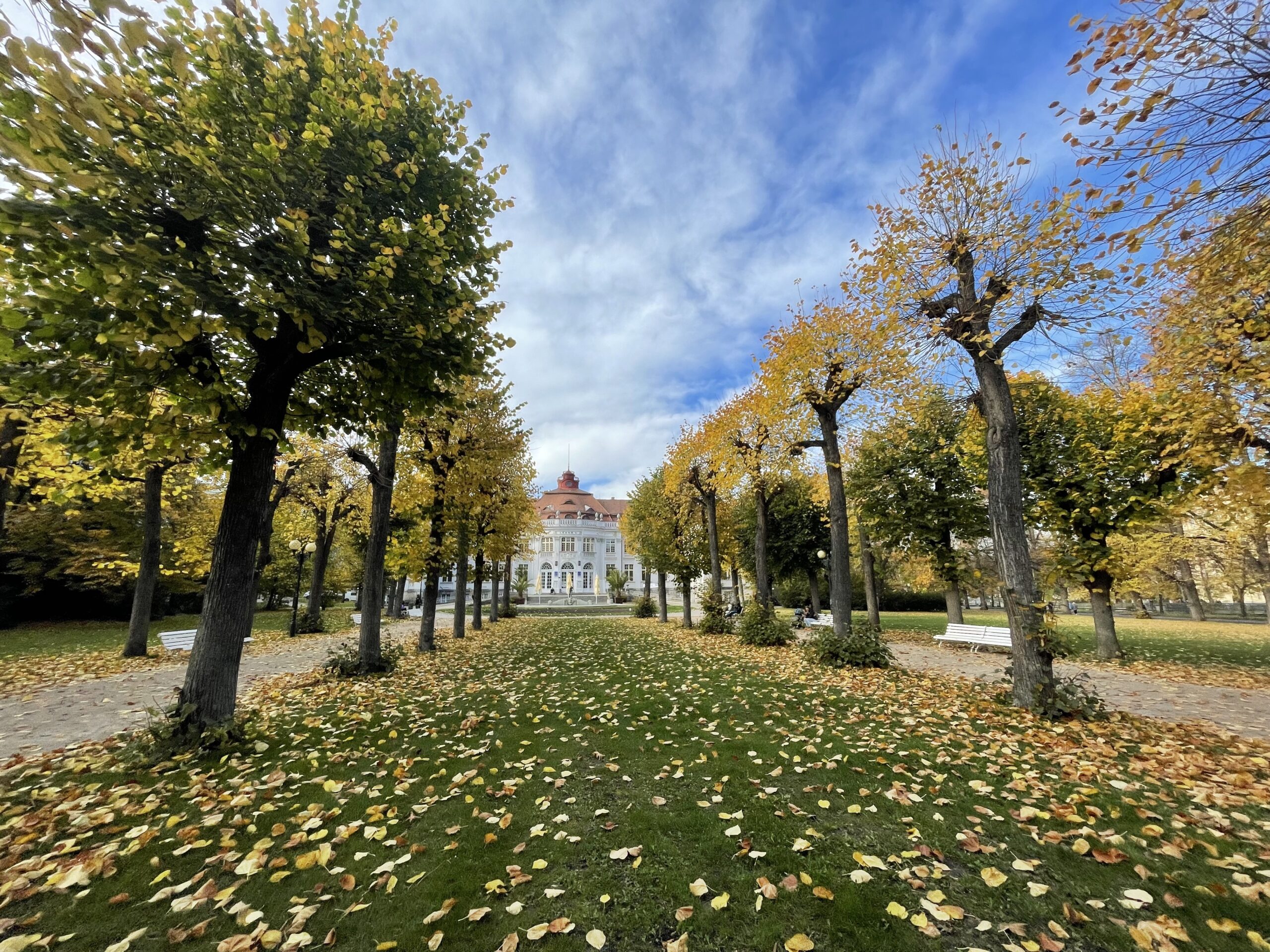 If you’re in Czech Republic, strongly recommend going to Karlovy Vary, a small town in North-Western Bohemia. Karlovy Vary was established as a spa venue in the Middle Ages. In 1370, King Charles IV, Czech King and Roman Emperor, granted Karlovy Vary royal town privileges. The received perks were conditional on the obligation of citizens of Karlovy Vary to take care of spa visitors. In 1508, the town received a public bath license and at the end of the 17th century Karlovy Vary began to prosper and it became well-known all along Europe. The Golden Age of the city is the period 1870-1914 when it gained international recognition.

So why exactly Karlovy Vary is so famous?

First patients and visitors were coming to enjoy the curative water since end of 15th century. The water has a beneficial effects on the human body, especially on liver, stomach, bowls, pancreas and also on mental health and have been drinking certain amount of it 1x-3x a day.

Nowadays, you will spot many people walking around the town with small special cups, slowly sipping curative water taken from little taps concentrated in the historical center.

It’s still worth coming to Karlovy Vary to enjoy its architecture, thermal baths and trying the springs just for one day, but if you would like to really have some quality time for yourself and take care of your body, then it’s best to come to the region for around 2-3 weeks. Since the water has curative properties and contains high concentration of minerals, it’s best to consult first with doctor which springs you should drink and in which quantities. In Karlovy Vary you will find many specialists with whom you can schedule your appointment and based on your body’s needs establish your curative routine. Note that if you plan to have such treatment for 2 weeks on more it’s really important that systematic intake of the water is controlled so it really brings beneficial effects to your body.

Fun fact: Karlovy Vary can boast the biggest concentration of curative mineral springs in the world. There are almost a hundred of them on a relatively small area. The water from 12 of the springs is collected and used in treatment.  The Becherovka liquor is called the 13th spring and some people claim that it was invented to wash down the bad taste which mineral water leaves in the mouth.

The springs rise and bubble up from the ground, some of them under controlled pressure, they are so hot that they need to be cooled down. The mineral water which is used in drinking cure comes from the several springs which differ in temperature, the hottest one are the Sprudel Spring, Charles IV Spring, the Market Spring and the Nymph Spring with their temperature reaching 60 C degrees. There is a rule that the colder the water is, the more carbon dioxide it contains.

Apart from mineral waters, Karlovy Vary also has deposits of peloids – pets and muds – which can be applied in the form of wraps, poultices or baths.

Being located under the mountains, Karlovy Vary has also excellent climate conditions. There are a lot of forests and beautiful countryside all around and it all creates perfect conditions to relax and regenerate.

I have spent in Karlovy Vary only one day but I treat it more like a check if I want to come for more. The place is so enchanting and beautiful that for sure I’d like to visit the area for 1-2 weeks and enjoy some thermal swimming pools, spa treatments, drink the curative waters and enjoy the nature during scenic hikes.

However, even during one day you can still see and do a lot and below I give you a list of places where it’s worth stopping by.

Apart of the mentioned landmarks, Karlovy Vary has many excellent restaurants, shops where you can buy cosmetics containing local minerals, you will also find many hiking trails leading through the forests and hills. In the town you can simply walk around the historical center and admire the stunning architecture, you will also  find public  thermal pool. The city often hosts also many cultural events like concerts and festivals. The area is perfect for families, couples and solo travellers.

If you come to the region for more days, it’s worth visiting lesser known but equally charming towns of Marianske Lazne and Frantiskovy Lazne  which are less touristy but also amaze visitors with their spa landscapes, vast forests and hills around and relaxing quiet atmosphere which enhance regeneration and regaining forces.