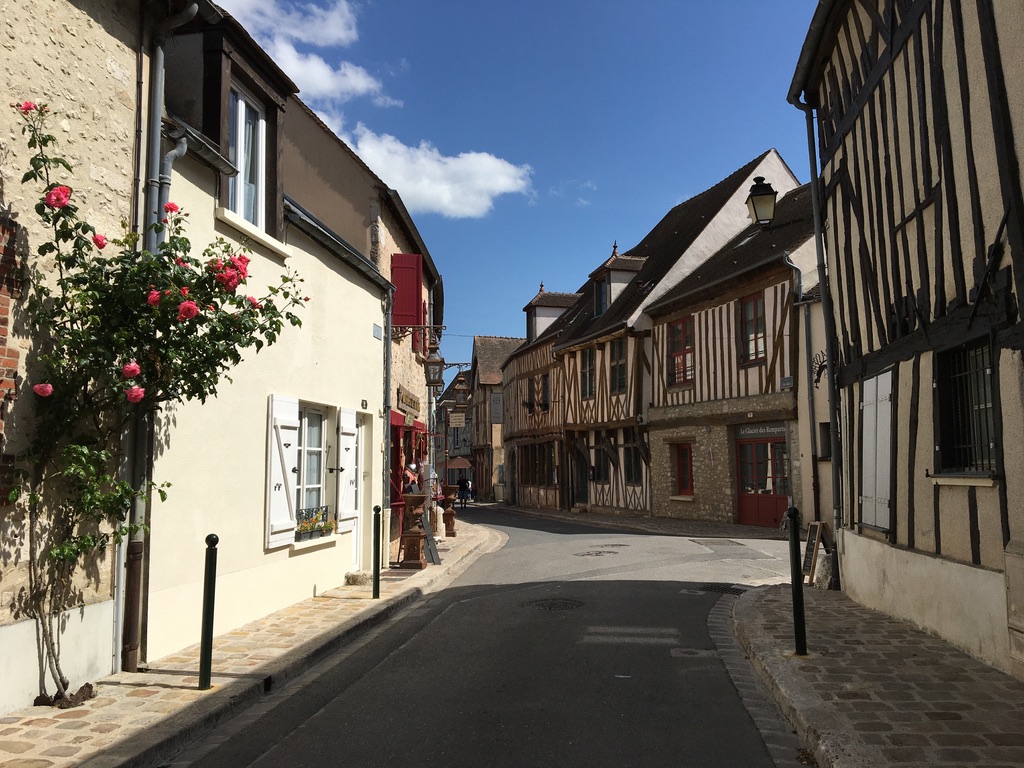 If you come to Paris for few days, after intense museum sightseeing and exploration of the city, I recommend to have a one or two day trips away from the city, to experience Parisian surroundings, charming town, villages and even national parcs, all located in Île-de-France, which is a region in central-north France and surrounds Paris.

Advantages of visiting such areas are that these places are a bit less touristy, you will notice there many French people coming for a relaxing day away of busy cities. In such places you will find authentic French cuisine and feel unique French vibe which is not that easy to experience in international environment of Paris.

Another plus, is that many charming towns and villages are easily accessible using public transport, if you have a weekly/monthly pass Navigo for Île-de-France region, you don’t need to pay for extra ticket which is also very budget friendly.

In this post I will write about one day trip to Provins which is one of the best preserved medieval cities in France. Easily accessible by train, it takes only one hour by local line P departing from Gare de l’Est and Provins being its last station. Alternatively, you can rent a car and get there in around one hour, depending of traffic to get away from Paris.

Medieval town of Provins is part of UNESCO World Heritage since December 2011 and every street corner evokes the great  splendour of the Counts of Champagne.  Provins is extremely well-preserved town of Medieval Ages: 58 monuments included in France’s National Inventory of Historical Monuments. In the 12th and 13th century, the fairs of Provins were the most important in Europe. Cloth merchants from Flanders, Lombardic money-changers, and spice merchants from the orient could be found here. However, at the beginning of the 14th century, the modification of the commercial routes, wars, plagues, and the slow disappearance of fairs, as well as joining of the lands of Brie and Champagne to the kingdom of France, led to the town’s decline. In the 19th century, the writers Honoré de Balzac and Jules Vernes, the painter Moreau le Jeune came to enjoy the romantic views of medieval ramparts and of Caesar Tower covered in ivy. In the 21st century the city stuns French and international tourists with its romantic charm and medieval architecture.

When you explore the town, stop by Caesar Tower which was built in the 13th century as a symbol of the Counts of Champagne’s power. It was used as a watch tower, prison and bell tower. Nowadays the last floor offers a panoramic view over the town.

Nearby Caesar Tower you will find The Saint-Quiriace Collegiate church erected in 12th century by the will of Count Henri le Liberal.

Central place of the medieval town of Provins is Place du Châtel which is the very heart of the upper town. In the centre stands an ancient well and the “Exchange Cross” dated from the 13th century, where the financial transactions were handled. Nowadays La Place du Châtel is a central spot filled with restaurants serving excellent French dishes for lunch and dinner, souvenir shops and attractions for children, in warm months in the corner of the square you will see long queues for artisanal ice-cream.

When you walk around the town, have a look at the old town of Provins and the surrounding area from The Saint-Jean’s gate and ramparts which are well-preserved fortified walls built in 13th century. The gate’s purpose with its two-almond-shaped towers, was to ensure the protection of the old road to Paris.

What I like the most about Provins is an atmosphere of a blissful romantic rural life which is created by small stone medieval houses with walls covered with flowers, charming little shops hidden in the narrow streets selling locally made honey, confiture and soap. In the warmer months you hear gentle singing of birds and all the area intoxicates you with sweet scent of flowers which cover all of the town.

In the old town you will find many small charming shops to get your souvenirs. Even if you don’t plan buying anything, just  enter the medieval buildings where the shops are located to enjoy their Middle Ages vibe.

In the old town you will even find local vineyards!

If you like spending your free time actively, you will find few hikes in the nearby area. During our trip we have chosen to have a 14hm walk through local fields and villages. Provins surroundings are flat and the routes well marked so if you fancy 3-4 hour relaxing walk in the nature I really recommend to do it around Provins!

I’m coming to Provins in the summer at least once per year when all the town in in blossom. When you’re for few days in Paris region, I really recommend coming here to have an authentic rural French experience!